The Revell U.S.S. Yorktown (CV-5) model has been around for decades. I have not found a definitive date of its first release stated anywhere, but I do know there are boxings of this kit dating from 1966, so it is approaching the half-century mark. It has been released as Yorktown, a Battle of Midway carrier (that allows you to build any of the three sisters), and I believe as both Enterprise and Hornet. I purchased this kit example in the late 1990′s, there is a more current release now out with different box art. The kit is simple, with only 114 parts, and over two dozen of those parts are dedicated to the aircraft and display stand. The hull is molded as one piece, as is the flight deck; this coupled with minimal internal decks makes for a quick overall assembly.

The outstanding part of this kit is the hull. Molded in one piece, it is — despite its age — still the only model ever produced that has the hull properly formed. The correct “Coke bottle” shape: all the curves are there, with a properly knife-sharp bow, and hull sides curving away beneath the hangar deck.

The major inaccuracies with the model are on the island. The pre-war signal board is molded on the superstructure, an item removed prior to 1940, while the aft island sports an enclosed aft pri-fly location (sometimes called secondary-fly) that Yorktown never had.

Included weapons include the 1.1” quad mounts, which are passable for this scale. Simple, but they get the point across. The open 5” mounts are a different matter. They look like a cross between enclosed mount 5” mounts from destroyers, and a Dr. Who Dalek. I have read others’ hypothesis that these are possibly supposed to represent gun mounts with canvas covers, but they don’t even look like that. Replacements will be required.

The aircraft included are a mixed bag as well. They look to be SBD Dauntless airframes, but they’re not quite accurate for that or any other known variant. Sink holes in the fuselages will be difficult to fill without losing all of their detail, and these “Dauntless” aircraft are they only ones included, so if you want variety, you’ll have to look for aftermarket sources.

The age of the molds for this kit bring about some issues. Details have lost their edge: the framing around the bridge windows are more rounded than squared, and flash is prevalent on all pieces. The ship’s boats look okay from the outside, but they are hollow and there is no interior detail at all. The large pieces such as the gun gallery decks and flight deck suffer from warping, but with a rigid hull and careful glue and clamp work, these will likely straighten out.

The Revell Yorktown is far from state of the art, but the kit has been around for nearly 50 years for a reason: it’s a good, basic, solid model. If you’re not overly concerned with detail and specific time frame accuracy, you can build the kit out of the box and have a passable representation of Yorktown. With the Gold Medal Models aftermarket set designed specifically for this kit someone up for research and scratch building can turn this into a real showpiece, proven by the link in Related Content below the photos. 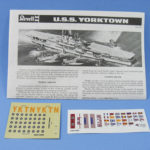 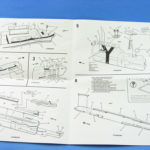 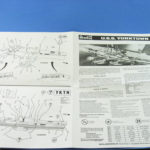 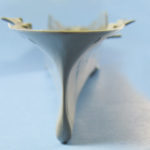 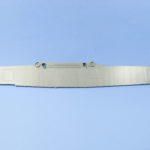 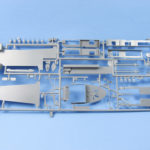 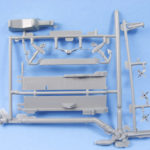 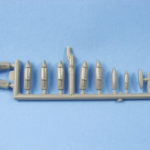