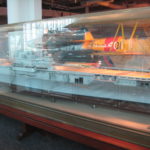 In the Introduction section of “That Gallant Ship”, written by the author Robert J. Cressman, in May, 1985, he tells of a “magnificent builder’s model of Yorktown (CV-5) in the National Museum of History and Technology in Washington.”

I assume that the model he wrote of is the one pictured here, that now resides in the Virginia Air and Space Museum in Hampton, Virginia. Being a builder’s model, one has to assume that it was built in the mid-1930’s as Yorktown herself was planned and under construction. From the photos, the model depicts her as-launched (the initially planned 5″ mount under the forward and after flight deck overhangs are not there).

The model is 1/48th scale, and has a bit of wear from age and being moved around. Other than that, I have no further information. Besides the above mention by Cressman, the books in my collection make no mention of her, there’s nothing I can find on the internet, and emails to the Virginia Air and Space have gone unanswered. If anyone can provide any further information on this model, it would be greatly appreciated!

Photos are courtesy of Adrian Davies, taken in August, 2009. 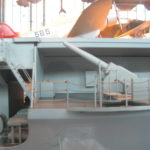 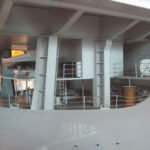 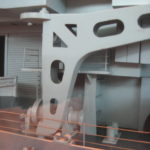 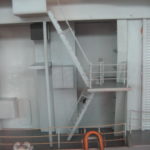 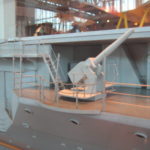 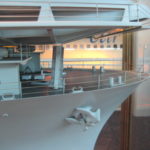 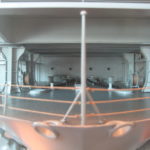 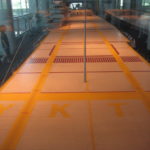 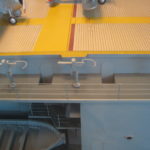 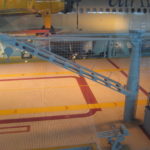 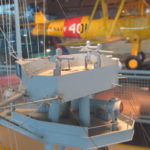 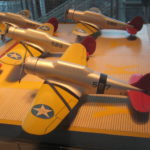 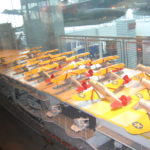 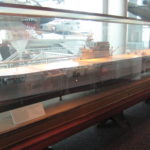 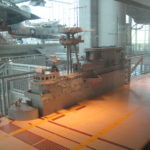 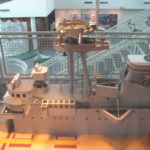 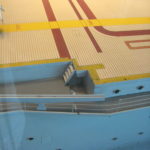 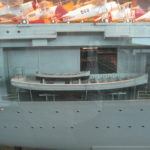 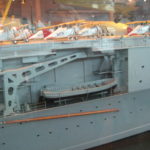 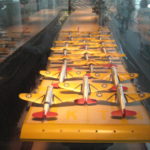 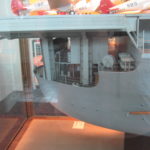